Why are rails preferred over rubber?

Some thoughts on why people might prefer railed public transport over buses.

CTwardy recently mentioned that in his home town of Reston, VA there is discussion of whether to extend the underground railway or instead use a Bus Rapid Transit.

I believe that any public transport is better than none, but when you are building a new system it is always good to identify the system with the best bang for buck. One decision is rubber or rails. My hunch is that rails are a better long term solution, but I'm not sure why.

I've asked Alan Borning, someone in the SCVTA and James Strickland and they all agree that rails perform better in practice: Two comparable corridors in LA: BRT has 5000 passengers/day, LRT has 80000 passengers/day (pictures of LA BRT vs LRT). But why?

Rails seem to produce a smoother ride (at least here in silicon valley they do).

Europeans run their trams through grass for sound absorption (and they look nice :). To absorb sound you want something that is dense, compressible, filled with voids and cheap. Soil is great, but compacts over time. So you need to open the soil up - use worms. To get worms, you need plants: 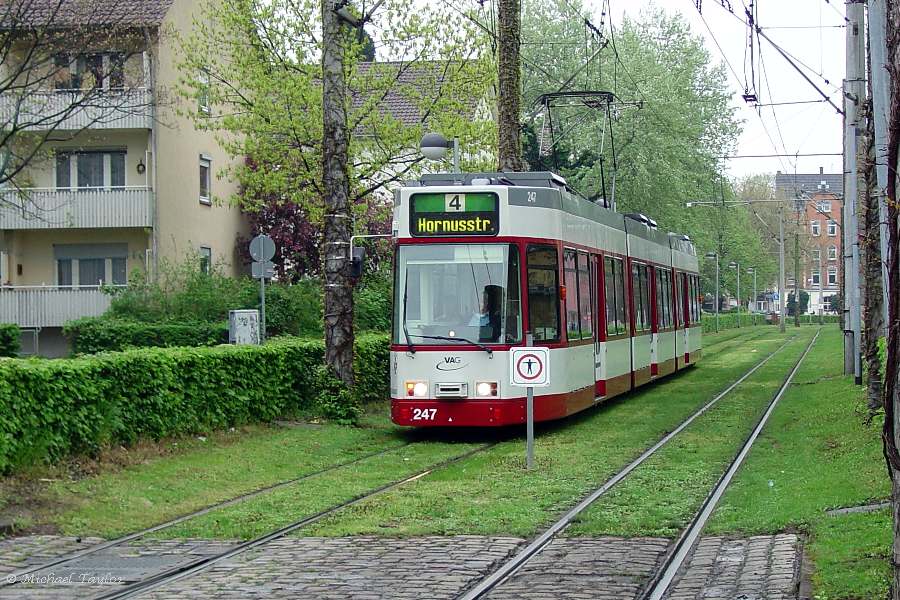 You know where a railed vehicle is going to go. Indeed, I was quite surprised when I came to the US to see lots of little freight spurs. In Australia rail is used for long distance travel, trucks for short. Yet in the US there are lots of lines that get 1 train a week of say 5 cars. Why?

I found out the answer when I went to the Chicago Museum of Science and Industry. It's because you know where a railed vehicle is going to go, even in very confined spaces. It turns out that one of the biggest users of short trains is the oil/chemical/refinery industry because when you push an oil car into a refinery you know it's not going to hit anything. The trams in Amsterdam go through alleys between a historical buildings and an old church - would you be willing to run a bus through the same gap?

Train through a market in Bangkok

This means that when you are waiting at a bus stop you might feel threatened, whilst trains can stop at the station so close to the platform that there is no step required. 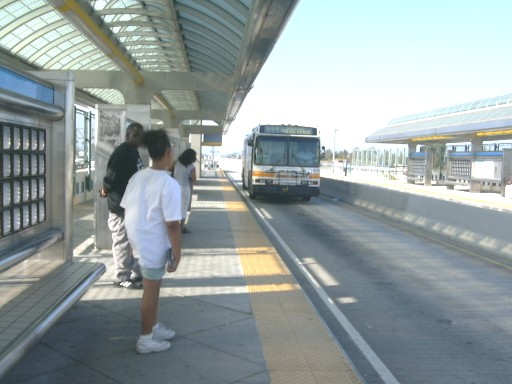 Trains are bigger. I think people are quite sensitive to the feeling of crampedness. A small change in size can change a comfortable local pub into an empty space, going from a 7 foot ceiling to an 8 foot ceiling makes the house feel bigger, and stepping into a 3m wide train is quite different to a 2.4m wide bus.

But these reasons alone don't seem sufficient to explain the differences seen in practice (here in silly valley the light rail from my house to work usually has 30-50 people per car, even in the middle of the day or late at night).

There is an investment effect with rails too. Putting a bus-way in is much like adding a HOV lane - everyone 'knows' that sooner or later it's going to be opened to cars. Rails signal(da dum- tish) real commitment to the route. As a result, bus-ways do not interest banks or shop owners in the way that new rail services spur development.

I am a modern day Renaissance man with interests ranging from mathematics, through computer science and the physical sciences through to music and art, how we live in cities, and teaching problem solving.